But we trust the people. They are not bigoted or ungenerous. They understand that Britain has responsibilities to those who have been displaced by war or persecution. But they can also read maps. And they can tell that something is going badly wrong when tens of thousands of people are crossing the entire length of the European Continent, travelling through safe countries en route, before suddenly lodging an asylum claim in Britain.’

William Hague speech 2001. Tumbleweeds and the BNP now occupy the ground of abandoned convservatives.
Posted by s at 2:40 PM No comments:

What an absolute red herring this entire week has been, and how convenient for self-righteous bien-pensant liberal elitists to wag their fingers at a thoroughly (and disproportionately) discredited small party, as if this magically waves away the utter mess they've created in this country, and how discredited they themselves are amomgst the public at large.

If anyone on that panel decided to go home thinking they've gained some points for courage for kicking someone while he's not only down but vehemently pinned to the ground by a baying mob, they're more deluded than anyone thought.

The circus preamble around the event only gave Nick Griffin a rock-star aura until the actual show where if anything, being jeered and derided, he ridiculously came to resemble some kind of persecuted Messiah. Vilification ill-befits any serious person, interested in serious issues and discussing them reasonably. All the mud-slinging went beyond its affect and turned the show into a joke. A delicious irony was the way Chris Huhne talked about defending minorities and then proceeded to delight in the format of the show, which pitted one person (and the small constituency he represents) against 4 pannelists, a hostile audience and the entire mainstream press.

Most people who vote BNP, and this wasn't touched on enough, do it stick two fingers up at the political class. This is what the press would be addressing if they weren't inextricably part of the problem. This isn't about Nick Griffin or his party, there is still a major problem about how we as society deal with minority views which don't fit an ever-smaller spectrum of acceptable opinion.
Posted by s at 8:25 AM No comments:

Beyoncé belief
Reader Nick Paterson-Morgan drew my attention to the following announcement in The Times:

My first reaction was that this must be a wind-up, probably placed for a bet by someone at the swine flu hotline with nothing better to do. We rang The Times advertising department and they assured us it was genuine.

There’s no mention of a Mr Pong, or any father’s name for that matter. If true, which I still doubt, somewhere out there in Shropshire is a single mother called Kate Pong with quins, variously named after an American pop singer, a model and the U.S. President.

You couldn’t make it up.

Actually you could make it up. MacGuffin at TabloidWatch points out that Littlejohn’s team, typically, didn’t bother checking their facts properly. Kate Pong is a labrador.

He says ‘we’ rang the Times, which suggests he couldn’t even do that himself either. And notice how he even includes a snide remark about single mothers. In a story about a dog.
Posted by s at 2:21 PM No comments: 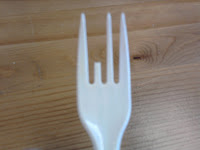 It is surely a positive that Britain finally has a world champion with an appreciation of the good things in life (Jenson Button) as opposed to a monosyllabic, monkish automaton in a helmet. It also shows what a Japanese lingerie model can do for your lap-times.

But once the partying is over, someone should invite Button to spend 30 seconds on a set of asymmetric bars. By the time they have scraped him off the crash mat and called an ambulance, Tweddle will have gained the limitless respect she deserves.
Posted by s at 9:29 AM No comments:

What makes the new 'Modern' Conservative party modern? There are still more Etonians than women and Ethnic minorities combined.
Posted by s at 4:45 AM No comments:

There is obviously a huge risk in sending an extra 40,000 machine-gun wielding troops into a country they don't understand to "clear" huge areas of insurgent fighters who look exactly like the civilian population, and establish "control" of places that have never been controlled by a central government at any point in their history.

US aerial attacks on the Afghan-Pakistan border have killed 14 al-Qa'ida leaders, at the expense of more than 700 civilian lives. He says: "That's a hit rate of 2 per cent on 98 per cent collateral. It's not moral." It explains the apparent paradox that broke the US in Vietnam: the more "bad guys" you kill, the more you have to kill.
Posted by s at 4:20 AM No comments:

It has been 20 minutes since I’ve read [Jan Moir's] now-notorious column, and I’m still struggling to absorb the sheer scope of its hateful idiocy. It’s like gazing through a horrid little window into an awesome universe of pure blockheaded spite. Spiralling galaxies of ignorance roll majestically against a backdrop of what looks like dark prejudice, dotted hither and thither with winking stars of snide innuendo.
Posted by s at 4:55 AM No comments:

The Iraqi puppet government has requested that Syria turn in Iraqi Ba`thist leaders who are stationed in Damascus. A Syrian official gave a rather (unusually) good response: he said that if Syria were to turn in Iraqi dissidents, Nuri Al-Maliki would have been turned in to Saddam Husayn. Nuri Al-Maliki responded thus: whatttt????
Posted by s at 10:16 AM No comments:

This doesn't surprise me in the least. I can't remember the last time the Nobel peace prize wasn't handed to a rapacious mass murderer. (Before you mention Al Gore he was pretty enthusiastic about destroying Yugoslavia before he started jetting around the world telling us not to use aeroplanes.)
Posted by s at 8:20 AM No comments:

The purge crushed Most's belief in gradual reform. He became convinced the system could only be changed by blowing it up – and suddenly realised that explosives were now lying all over Europe and the US, in sheds controlled by ordinary workers. Dynamite needed no expertise to operate; it could be carried in your pocket; and it could kill. He announced: "It is within the power of dynamite to destroy the capitalist regime just as it had been within the power of gunpowder and the rifle to wipe feudalism from the face of the earth. A girdle of dynamite encircles the world!"

Most travelled from country to country, urging workers to pick up their dynamite and use it against the bosses who forced them to work 12-hour days, seven days a week, for starvation wages. He became the model for Ossipon, the refugee-anarchist Ossipon in Joseph Conrad's novel The Secret Agent, who walks the street with a bomb forever strapped to him, ready to blow himself up the moment the police swoop. In anticipation of Islamism, Ossipon brags that his enemies "depend on life ... whereas I depend on death, which knows no restraint and cannot be attacked. My superiority is evident."
Posted by s at 4:45 PM No comments:

There is however a need to explain why things like this make the headlines without fail every single time. Who gives a shit? I would love to commission a poll to see how many in the Asian community give a shit. He insulted someone, he probably didn't mean to, he said sorry. A man in his 70s said it wouldn't have been a big deal in his day. What an earth shattering event. This is just an excuse for the chronically PC to rattle their tired old sabre and pseuds to justify writing about a boring, worthless reality TV show they'd otherwise be ashamed to admit they watch.
Posted by s at 10:47 AM No comments:

The Nobel peace committee should retire, and turn over its huge funds to some international peace organization which is not awed by stardom and rhetoric, and which has some understanding of history.
Posted by s at 4:36 AM No comments:

The judge [at his trial] quite liked him, and he was intrigued by the fact that this rather talkative kid who wrote tons of pieces for the press had not defended himself. So he said - Mr McVeigh, could we hear more from you? [McVeigh] said, 'Well, your honour, I will base my case on Justice Brandeis, one of our most brilliant jurists, in his opinion in Olmstead. There, he writes that when government ceases to lead by example and actually provides a bad example, anything can happen. Government is the last teacher. Everything I did, I learned from my government."
Posted by s at 11:50 AM No comments:

"From 1750 to 1870, Britain won wars, assembled an astonishing navy, built an empire and launched the Industrial Revolution to become the envy of Europe, yet the national debt was consistently above 80 per cent of GDP. Nobody cared. High national debt was a precondition for winning two world wars in the 20th century. Periods when the over-riding preoccupation has been lowering the national debt have coincided with industrial, economic and strategic decline. So it will again."
Posted by s at 11:23 AM No comments:

Just before Vidal arrived, the poverty-wreathed Guatemalan people had elected a left-wing president called Jacobo Árbenz Guzmán. They wanted him to introduce a minimum wage and start taxing the US mega-corporation, the United Fruit Company, that dominated the country's only industry, banana-growing. The outraged United Fruit Company acted to preserve its profits – by getting Washington to topple Árbenz and install a dictator. The phrase "banana republic" entered the language. (Bananistan for a central Asian variation.)

"I was astonished," Vidal says. "I had known vaguely about our numerous past interventions in Central America. But that was the past." He discovered that Senator Henry Cabot Lodge was leading the charge, and "I didn't believe it. Lodge was a family friend; as a boy I had discussed poetry with him". He says he realised then he had been fighting "for an Empire, not a republic". His grandfather, he resolved, had been right all along: wars only serve elites.

He rapidly became the leading left-wing critic of American foreign policy. He warned against every war from Vietnam to Iraq, often with extraordinary prescience. At the height of George W Bush's post-9/11 popularity, he said: "Mark my words – he will leave office the most unpopular President in history."
Posted by s at 5:15 AM No comments:

In the meantime, we should take the only lawful action that is open to us.
At the coming Election, refuse to vote for any of them, and do so in such numbers that they can no longer claim they have any mandate to rule, so that their zombie parties collapse in a heap of dust and worms, and we can start again.
Posted by s at 6:14 AM No comments:

But do not imagine that this is some sort of Labour crisis, which will be solved by a smiling team of Old Etonians floating along our troubled streets.
The evil that drove Fiona Pilkington to her horrible death was released by Labour and Tory governments alike, by the liberal elite in general, during half a century of misguided stupidity
Posted by s at 6:07 AM No comments:

The same techniques, it was hoped, would ensure that the "intelligent minorities" would rule, undisturbed by "the trampling and the roar of a bewildered herd," the general public (the Sun readers), "ignorant and meddlesome outsiders" whose "function" is to be "spectators," not "participants."
Posted by s at 8:05 AM No comments: