"Impartiality is a nice cop-out. How can we be impartial when people are suffering and dying? It's a luxury we can't afford," she said.


Broadcasters do not have to be absolutely neutral on every
controversial issue. And while broadcasters should deal even-handedly with
opposing points of view in the arena of democratic debate, it does not mean that
'balance' is required in any simple mathematical sense or that equal time must be
given to each opposing point of view”.
Posted by s at 7:06 AM No comments:

Tzipi Livni says in 2009 that the assault was necessary, that it is going according to design, that there is no humanitarian crisis, and that the invasion will be good for the Palestinians. Yet Ehud Barak in 1999, in answer to a question from the reporter Gideon Levy about what he would have done if he had been born Palestinian, replied without pause: "Joined a fighting organization." Ehud Olmert says in a daring interview in his penultimate season in office that there will have to be a two-state solution and that Israel will have to give up a large part of the settlements it now holds. Yet Olmert devotes his final weeks in power to the merciless waging of this war, and refuses to convene his cabinet to take up the encouragement of a cease-fire...From the imposition of state terror in one generation spring the soldiers of guerrilla terror in the next generation. Those to whom evil is done, do evil in return.
Posted by s at 10:18 AM No comments:

One family buried a slain son over his grandfather. Another bundled up the tiny bodies of three young cousins and lowered them into the grave of a long-dead aunt. A man was laid to rest with his brother.

"Gaza is all a graveyard," gravedigger Salman Omar said Tuesday as he shoveled earth in Gaza City's crammed Sheik Radwan cemetery, a cigarette dangling from his lips. 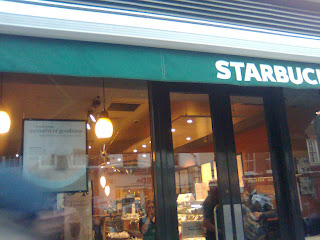 The New York Times attempts to show itself to be self-critical in its reporting of the current aggression on Gaza, unsurprisingly the article descends into a slimy self-regarding exculpation of all inaccuracies and alleged biases. By showing e-mails from opposing sides of the argument it points to the likelihood that they're doing something right, then it reports,

"But in the case of the complex, intractable struggle between Israel and the Palestinians, even the best, most evenhanded reporting will not satisfy those passionately on one side or the other."

Why is it such a mystical struggle? The solution has been on the table for over 30 years, and is agreed upon by virtually the entire security council bar the US and Israel. Its instructive the only people who wish to mystify the conflict are precisely the ones who oppose a peaceful settlement on the basis of the overwhelming international consensus. For this reason there can't be a liberal utopian compromise between the two sides, the colonialist never concedes something for nothing, whatever is achieved through political or armed struggle is only a result of the colonialists realisation that the concession is in its own interest to make.
Posted by s at 5:42 AM No comments:

Fisk writes that the Israelis claim they are fighting in Gaza for us, for our Western ideals, for our security, for our safety, by our standards. He laments this but the Israeli's are absolutely correct, in fact by our Western standards they are being quite proportionate. Did we even have a pretext rooted in any conception of reality for going into Iraq or Afghanistan? There is good reason why the former colonial powers of Europe are refraining from being seriously critical of Israel's atrocities, one is we have been committing them for centuries and continue to do so now. There has been scarcely a year in the last few centuries when European colonisers and their hired soldiers haven't been plundering some distant land and oppressing its natives.

You said they understand nothing but voilence? Of course; first, the only voilence is the settler's; but soon they will make it their own; that is to say, the same voilence is thrown back upon us as when our reflection comes forward to meet us when we go towards a mirror.

If one was to step back from the present conflict and look at the issues dispassionately the main question which arises is the nature of the attack, whether Israel is acting defensively or offensively is important because it delineates the distinction between aggression and lawful retaliation. Its difficult for any objective observer, who happens to know five minutes of the history of the region, to see Israel as anything other than an aggressor. In which case the aggressor has no rights (under international law) and must pull back immediately. The calls for a ceasefire are futile but correct. Attacks by non-state actors or quasi-administrations are either isolated terrorist attacks, (much less severe breach than aggression) or belligerant reprisals. If the Israeli actions are seen as defensive then it must be tacitly admitted that Israel is not just defending its citizens but an occupation which is itself is necessarily offensive. The Western governments cannot condemn Israel however because it would smack of unimaginable hypocracy, not least, the western media narrative is rather more simplistic, the guys with suits are the goodies, the one's who can barely afford them are the badies
Posted by s at 12:01 PM No comments:

The story of the 2009 war on piracy was best summarised by another pirate, who lived and died in the fourth century BC. He was captured and brought to Alexander the Great, who demanded to know "what he meant by keeping possession of the sea." The pirate smiled, and responded: "What you mean by seizing the whole earth; but because I do it with a petty ship, I am called a robber, while you, who do it with a great fleet, are called emperor." Once again, our great imperial fleets sail – but who is the robber?
Posted by s at 11:33 AM No comments: 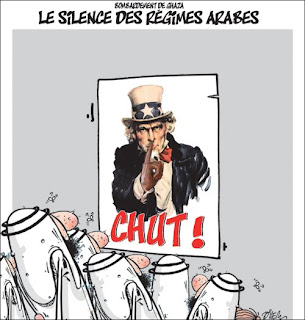